16 Feb Will I Still Be Married In Heaven?

Posted at 21:35h in Religion, Tips by Matt McWilliams

Does Marriage Exist in Heaven?

Marriage is an earthly representation of a Heavenly relationship between Christ and the Church. This is highlighted throughout scripture. Many people wonder what will happen in regards to marriage in the afterlife.

Will I still be married in heaven? Marriage in regards to heaven can be a complex topic. The Bible seems to indicate we will neither be married nor be given to marriage.  Additionally, many scholars and topic experts agree that marriage will not exist in heaven. However, we will still know people in Heaven as they were known on Earth. This topic is certainly a fascinating one for both believers and unbelievers alike.

So, what does all of this mean? Well first let’s answer a few questions. 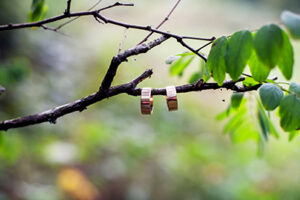 Marriage in its simplest form is between a man and a woman. They take an oath toward one another. This oath is a covenant “for as long as you both shall live”. The covenant represents unconditional love between two people who love each other. It truly is a powerful thing.

This commitment also includes intercourse which the Bible strongly advises to be between husband and wife. This is because intercourse creates a powerful bond, and in addition is how families are made.

Family is also found within the context of marriage. A family is first created between a husband and wife. This means that children have both parents to create balance and structure in the home.

Marriage is highly talked about in scripture. It is even said in Genesis that “It is not good for a man to be alone“. Having a lifelong partner is an amazing experience and can create a lot of stability through love.

However, marriage is a lot of work. It can be hard, taxing, and sometimes even heartbreaking. So, because of earthly factors, divorce, death, and deceit does happen. Marriage is an imperfect reflection of a perfect relationship. So naturally, there are kinks and flaws.

What is Heaven’s Relationship with Marriage?

In Luke 20:27-38, the Sadducees asked Jesus about a complicated question regarding marriage. They wanted to know if a woman’s husband dies and she remarries, who will she be married to in Heaven? To this Jesus replied:

“The people of this age marry and are given in marriage. But those who are considered worthy of taking part in the age to come and in the resurrection from the dead will neither marry nor be given in marriage…’”

This scripture indicates that we won’t be married, neither get married in Heaven. This can be a heartbreaking thought if you are madly in love or long to be. The only thing that can comfort us is knowing that the love of our Father will be all-consuming. We Will Still Have Relationships in Heaven?

In 1 Corinthians 13, Paul states that we will be known in Heaven as we are known on the Earth. Meaning that you won’t suddenly have amnesia when you get to Heaven and forget your life here on Earth.

On the contrary, you will know others in Heaven and the role they played in your life. Many believe that you can live by who you want to live by, and have similar relationships in Heaven. There isn’t scripture to negate or qualify this theory.

Heaven will be a wonderful place full of relationships, that is one thing we know for sure. So while you may not be making a family with your spouse, or eternally bound to one person, you still will have a relationship. Fellowship is so important to the Father, and we are created in His image. This should keep us from being dismayed about marriage not being present in Heaven.

We Will Still Have Purpose in Heaven?

Not being married or given to marriage isn’t an indication that Heaven is just this huge pipe dream or that we won’t have a purpose. On the contrary, when we reach Heaven we will still be ministering, learning, fellowship, and worshiping the Father. Our lives will just heighten and increase in Heaven. This is such a powerful thing to consider.

If we feel a call to be a doctor or we love to paint, I believe those same interests will serve huge purposes in Heaven. There will be peace and joy in everything we get to be a part of. This shows us that Heaven is something to look forward to! Not dread because we may not understand it fully.

God Cares Deeply About Marriage On the Earth

You can find a lot of evidence that whether or not we marry and who we marry is an issue God cares about deeply. It turns out, there isn’t just one verse to point out as proof; numerous verses throughout the Bible demonstrate the importance of marriage and family. Let’s take a look at some of them:

Genesis 2:18-24 says, “The LORD God said, ‘It is not good for the man to be alone. I will make a helper who is just right for him.’ Then the LORD God made all kinds of trees and wildflowers. He planted beautiful gardens in Eden where the man was. This helped the man to understand that he was not as smart as God. But the LORD God took the man and settled him in the Garden of Eden to work it and take care of it.”

God put Adam into a perfect environment with everything he would need: food, shelter, companionship. However, there was still one more piece God wanted Adam to have: a suitable partner. One who would complement him and help him accomplish his goals.  “The LORD God caused the man to fall into a deep sleep. While he was sleeping, the LORD God took out one of the man’s ribs and closed up the place from which he had taken it.”

God took Adam’s rib, which was the closest bone to his heart, and made it into Eve. When he awoke from this slumber, Adam had everything he needed. Genesis 1:28-31 says, “Then God blessed them and said, ‘Be careful to obey all my rules or you will be destroyed like the other people. Then all of you will live long lives and have many children, just as he does.’ And God stopped speaking to them.” Be Fruitful and Multiply

This is one of the most important verses in establishing that marriage and family are central to God’s plan for us. We can see that one of his primary goals is to reproduce and populate the Earth.

He did not create a world of billions but of trillions. And he needs all of us to accomplish this goal! “Be fruitful and have many children” is a commandment from God, Himself. It is perhaps His most repeated commandment in the Bible (Genesis 1:28, 9:7, 10:1, 11:24-9, Exodus 20:5).

Not only is it a commandment from God, but it is also a blessing. “Then God blessed them and said,” implies that He wanted to add His encouragement on top of the original commandment. In this verse, He gives the reason behind his commandment: “so that you may live long in the land.”

Why would it be beneficial for us to have children? It is because God has given us this Earth to rule over (Genesis 1:26-7). We need to populate it so we can properly manage our dominion over it. “A man leaves his father and mother and is joined to his wife, and the two are united into one.”

So according to the Bible when a married couple has children they are no longer two individuals, but one unit with God as their third part of  “one flesh” (Genesis 2:24).

Two Shall Become One

“This is why a man will leave his father and mother: so that he can be united with his wife. The two will become one.” This verse gives us the reason why Adam had to leave his parents to unite with Eve. It’s not just because Eve was made from him, but because they were no longer two, but one unit

It’s very interesting that the phrase “two become one” has been used often in other religions and even modern-day movements such as gay rights, but when it comes to marriage, it seems so far from what we’ve come to understand the term to mean. The Bible is saying that when one man and one woman get married, they become a family unit or “one flesh“.

The bottom line is we don’t have all of the answers. This is especially true in regards to Heaven. The Bible has left a lot of Heaven as a mystery. It is definitely not something to fear or have anxiety about. God knows the desires of our hearts. He has a perfect plan and purpose for all of us, on Earth and Heaven.

We don’t have to be worried about the future, He has it under control. Heaven is going to be a glorious place filled with joy and purpose. That is why God is so passionate about us reaching out and showing the love of Christ to all. He wants all of His children to be a part of a Heavenly eternity!